Ember Days in the Anglican Church 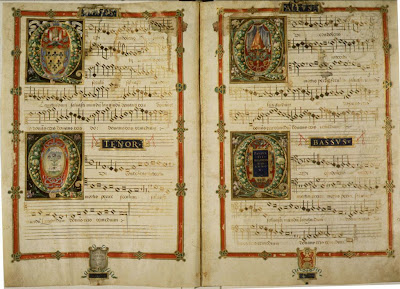 In the nearly five years that I have attended weekday services at the Anglican Church in Alpine (first at Christ the King and now at Blessed Trinity), I have discovered much to celebrate in the Church Year and in Biblical Saints' Days. But some of the lesser-known Holy Days are still a bit of a mystery to me, and Ember Days fits firmly in that category.

I "Googled" (how did that become a verb?) Ember Days this morning, and I read the Wikipedia and Catholic Encyclopedia explanations with a little puzzlement. I understood what Ember Days were, but their explanations were quite complex, too much so to post here. I finally found a web site that explained Ember Days (and Rogation Days, too, but that's another post), and I copy from it this explanation of Ember Days:

The "Four Times," or Ember Days

The Ember Days are four series of Wednesdays, Fridays, and Saturdays which correspond to the natural seasons of the year. Autumn brings the September, or Michaelmas, Embertide; winter, the Advent Embertide; Spring, the Lenten Embertide; and in summer, the Whit Embertide (named after Whitsunday, the Feast of Pentecost). [Note: this week we observe the Summer Embertide, just after Pentecost.]

The English title for these days, "Ember," is derived from their Latin name: Quatuor Temporum, meaning the "Four Times" or "Four Seasons."

The Embertides are periods of prayer and fasting, with each day having its own special Mass.

The first Christians amended both of these customs, fasting instead on every Wednesday and Friday: Wednesday because it is the day that Christ was betrayed, and Friday because it is the day that He was slain. (And we now know that this biweekly fast is actually older than some books of the New Testament). Later, Christians from both East and West added their own commemorations of the seasons.

The Ember Days thus perfectly express and reflect the essence of Christianity. Christianity does not abolish the Law but fulfills it (Mt. 5:17) by following the spirit of the Law rather than its letter. Thus, not one iota of the Law is to be neglected (Mt. 5:18), but every part is to be embraced and continued, albeit on a spiritual, or figurative, level. And living in this spirit is nothing less than living out the New Covenant.

Quite often these "Four Times" are set aside for the ordination of clergy, and I recall Father Acker stating that it is a time to fast and pray for our clergy as well. I think that this application of Ember Days to fast and pray for our priests and pastors is of the utmost significance. Yes, the evangelical branch of Christianity has its informal "Pastor Appreciation Month" each October, but it's simply not the same as fasting and praying for our pastors and for future pastors and priests who are called to the vocation.

Physically I cannot fast completely because of my various health issues, but I will do an "oatmeal fast" (eating unsweetened oatmeal only) instead, an idea a former pastor suggested as he also has hypoglycemia. So tomorrow (Friday) and Saturday, I will pray for these pastors for whom I pray on a daily basis:

So I encourage you, my dear readers, to use these Four Times, these Ember Days, to pray for the pastors in your life, those who guide your flock now and those who have in the past and continue to minister in other ways currently as well as those who may be called to the pastorate in the future. These church leaders need our prayers on a daily basis (I love that the Book of Common Prayer contains prayers for our pastors and leaders in government in both the Morning and the Evening Prayer Offices) and also a more concentrated time of prayer and fasting four times per year.

Will you join me?

PS: If you have specific pastors for whom you would like our family (and perhaps our readers) to pray for, please list them in the Comments section, and we will pray for them.
Posted by Susanne Barrett at 8:23 AM

Thank you So much for your explanation! I have been part of the Anglican tradition for 9 years now, and didn’t fully grasp what the ember days were! Now I know and am excited to celebrate them 😁

I also thank you for this explanation. I am a life-time Episcopalian as were both my parents, grandparents and great-grandparents. As a child I went to church, sat and listened. Other than confirmation and taking communion I had no idea what the significance of other things "Episcopalian" were. I was just "born" into it and no one explained anything to me.

I would like prayers for my current pastors, Rev. David J. Ware, Rev. M. Cristina Paglinauan, and Rev. Caroline R. Stewart of The Church of the Redeemer, Baltimore, MD. We have a marvelous church with marvelous things happening for the community surrounding Redeemer.

Thank you, both of you!

I am happy to pray for your pastors, Christine! God is at work in and through your church--Soli Deo Gloria!!

If I may ask, please pray for Father Keith Acker and Father Gregory Chase of Blessed Trinity Anglican Church near San Diego, CA. Blessed Trinity is a small church, but it has an amazing outreach to senior citizens and to teens alike!

Wishing you a blessed Lent!
Susanne :)

"A person without imagination is like a teabag without hot water."
~Alan Fletcher

FIFTEENTH SUNDAY AFTER TRINITY
THE COLLECT:
PROTECT your Church, O Lord, with your everlasting mercy; And, because in our human frailty we turn away from you, by your help protect us from all that is hurtful, and lead us into all that is beneficial for our salvation; Through Jesus Christ our Lord, who lives and rules with you and the Holy Spirit, one God, forever and ever. Amen. (References: Isaiah 54.10; Matthew 6.13; 2 Thessalonians 3.3).
from The Book of Common Prayer 2011