I found this on Facebook as posted by Yvette Bauman, and it's very appropriate as we are in our first week of Year # 17 of our home education adventure. Obviously, home schooling is not for every family, but it has been a wonderful mode of education for us. It requires a lot of time, sacrifices, and willingness to be parent and teacher at the same time which is not always easy when one has three teen boys in the house. Although we have our occasional bad days, overall we love the freedom and flexibility that homeschooling provides for our family.

Posted by Susanne Barrett at 12:29 AM No comments: Links to this post

Email ThisBlogThis!Share to TwitterShare to FacebookShare to Pinterest
Labels: Homeschooling 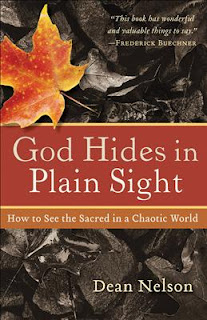 Last week my Pine Valley neighbor (hey, in a town this size, we're all neighbors!) Judith invited me to drive all the way to Saint Paul's Cathedral in downtown San Diego. Dean Nelson, whom Judith has known for years in writing circles, was going to be leading an adult Sunday School class at the large Episcopal Church next to Balboa Park.

Dean and I go way back as well. Brought into the Literature Department at Point Loma Nazarene University to start a journalism program the same year that I started at PLNU, Dean was my creative writing professor. In addition, a small group of students often skipped chapel to hang out in the faculty lounge and debate theological issues--and Dean was usually at the center of the debates. (And yes, I had to pay $70 in chapel fines after graduation before the registrar would hand over my diploma.) Plus, when I returned to PLNU after earning my Master's in English from USD, Dean was kind enough to offer to share his office with me as my classes were first thing in the morning and his were...not. ;)

Judith and I, along with our beautiful sidekick Kitty, have been faithful attendees at PLNU's annual Writer's Symposium by the Sea, Dean's brilliant brainchild. We've enjoyed hearing from such wonderful and varied writers as Ray Bradbury, Kathleen Norris, Frederica Mathewes-Green, Anne Lamott, Donald Miller, Amy Tan, Eugene Peterson, Calvin Miller, Billy Collins, and many more. Dean has also been very kind in trekking up the mountain to lead several workshops for our little Writers' Workshop here in Pine Valley--and we hope to make it happen again late this fall.

In 2009 Dean published an amazing little book called God Hides in Plain Sight. The last time Dean came up the mountain to speak to our group, I purchased a copy which he signed: "To Susanne--colleague, fellow writer, office-sharer, friend! Dean Nelson"

But I haven't had time to open the book, and from its place of honor on my desk, it's been staring at me, almost beckoning me to read it. But homeschooling, online classes to teach, essays to grade for co-op classes, etc., have kept me from opening the book and diving in.

﻿
Dean spoke about the introduction to the book on Sunday at Saint Paul's--to a room in which I was one of only about five people without gray/white hair. As usual, his humor was disarming and amusing--something I've always loved about Dean's lectures. But for the first time, Dean was speaking about faith and faith alone--unlike his usual talks about writing that I've attended in the past.

And as Judith said to me on our long drive home, "I didn't know that Dean and I had so much in common theologically." And I agree.

The subtitle of God Hides in Plain Sight is "How to See the Sacred in a Chaotic World." He lays out this idea of seeing God in the ordinary, daily events of our lives through the seven sacraments in this order: vocation, communion, confession, confirmation, marriage, baptism, last rites, and, adding a new one, service. He quotes from Thomas Merton and Eugene Peterson, from Frederick Buechner to Walker Percy, and while his disarming humor is seen throughout the book, it leads us into a deeper place...a place where we see God not just in mountain top experiences or worship on Sunday mornings, but also in the most ordinary moments, during the most mundane tasks.

Although I haven't yet come across a mention of him (yet), Dean's main point reminds me greatly of Brother Lawrence and his little book, The Practice of the Presence of God, which, after the Bible and the Book of Common Prayer, is perhaps the book that has influenced me the most spiritually. Brother Lawrence was a lowly dishwasher in a Carmelite monastery in the 1600's, but while he scrubbed pots, he basked in God's constant presence. He often complained about having to "go to the chapel for prayers" because he was already deeply in prayer whenever the bell rang.

I've read the introduction and am partway through the first chapter of Dean's book, and I can tell already that reading this book is going to be huge--perhaps even life-changing. Not to reduce Dean's importance, but the crux of this book isn't about the author--it's about how we need to learn to see God differently than we do now. The meaning of this book is not about intellectual knowledge--although it starts there. It's about heart-recognition and spirit-to-Spirit communication.

My Quotation of the Week comes from Dean's introduction to God Hides in Plain Sight:

"Grace pursues and precedes. It bends us toward God.... When we're paying attention, we see that grace is breaking into our everyday moments, making them different--sacred--drawing us into the presence of God. It's not about us getting a hold of the sacred. It's about the sacred getting a hold of us."

During the month of September, Dean will continue speaking about the book, doing two chapters each Thursday evening at Saint Paul's. Driving 100 miles round-trip will not be easy for Judith and me, but we're going to try to attend Dean's class at least once.

I'm so glad that Judith talked me into making a long drive Sunday morning so that God could take God Hides in Plain Sight off my "back burner" of thought and move it to the front where it's at full boil. I hope to read a little of the book each day and let it really sink in. I'm already underlining passage after passage and making copious notes in the margins, so I pity anyone who will read my copy after I'm done. With books of this importance, I tend to hold scribbled conversations with the author in the margins, but at least with this particular book, I may be able to chat with Dean face-to-face.

In fact, I'm rather counting on it.

Posted by Susanne Barrett at 3:34 PM No comments: Links to this post 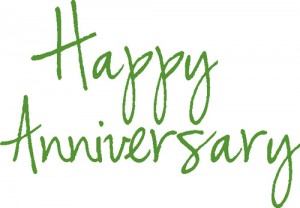 Today marks my seventh anniversary of starting to blog. Although I started my scribbles on a homeschooling blog site, very soon I switched over to Blogger because I enjoyed the design elements and the various widgets available.

Over the past seven years, I've taught myself a good bit about blog design. As much as I would have loved to hire someone to build me a beautiful blog, a decided lack of funds prevented me from paying someone to design this blog for me. So I read a lot, tried a lot of different things, failed a lot, and, ultimately, learned a lot.

At the height of my blogging lifestyle, I was posting at least five times per week. But over the past few years, my writing has taken a decided turn in a different directions, and now I write fiction which I publish online. I used to post a chapter a week--short chapters of 2000-2500 words, but as I finished my second novel and started my third, my chapters had edged up to 3500-5000+ words, and posting weekly became that much more difficult.

I managed to continue posting nearly weekly chapters until this January when teaching overlapping classes at Brave Writer and teaching a very full high school expository writing class for our homeschool co-op Class Days overhwhelmed me. I managed to complete my second novel of over 230,000 words on January 5, but since then have only posted a prologue and seven chapters of my third novel. I've received nearly three million reads/hits since starting to write fiction fewer than three years ago, but something had to give in the writing department, and I'm afraid that it was blogging.

But I will continue to post here as I can, and my archives are extensive and are accessed often. I will attempt to post weekly, but when our home school year #16 begins in less than two weeks, I don't know if I will have the time to do so. I'll try to keep up the Quotation of the Week and the Book of Common Prayer Collects in the sidebar, and I am keeping up with the books I've read and the films I've watched this year (which you'll find by scrolling way down the sidebar).

I'll also keep you posted on the Brave Writer and other classes I'll be teaching this year, plus what I'll be teaching our remaining two students here at home now that we've graduated two of our four kids.

So thank you, those of you who have stuck by me through thick and thin for the past seven years, and thanks to you who have joined me sometime along the journey.

Oh, and a wonderful blog recommendation: one of my former writing students is keeping a blog of her three years of missions work in the Czech Republic. Her wit is refreshing, her sense of irony well-honed, and her insights quite profound. You may read her blog here: Thousand Spires.

So now I'm off to continue the journey of a writer, modern-day contemplative Christian, and wife and mother/teacher to my own....

Posted by Susanne Barrett at 5:37 PM No comments: Links to this post