The Value of Visual Arts

This morning's Daily Reflection from The High Calling is entitled "How Art Helps Me to Be Still." I am reproducing the reflection in its entirety here, or you may click on the Daily Reflection title above to read it on the website.

How Art Helps Me to Be Still

Posted by Susanne Barrett at 4:43 PM No comments: Links to this post With my busyness lately, teaching classes at Heritage Class Days and at Brave Writer, not to mention homeschooling two teen boys and writing my third novel (which is coming along far too slowly, thank you), I haven't kept up with one of my favorite authors, Scottish mystery writer Anne Perry. While some readers enjoy her William Monk series of mysteries, they're a bit too dark and hopeless for me.

Instead, I prefer her Thomas and Charlotte Pitt mysteries which are set in Victorian England, mostly London. I was delighted the other day to check Goodreads and find that Perry has not added one but two new books to the Pitt series since I read the last one, Treason at Lisson Grove (which was one of my favorites!).

So I ordered both new books from the library and just finished the first, Dorchester Terrace. I plan to start reading Midnight at Marble Arch tomorrow. ;) My only worry is to return the latter before it's due as I had to get it through the county library circuit (actually, it's from the San Diego Public Library), and thus it cannot be renewed.

I appreciate seeing Thomas and Charlotte's relationship develop over the years, from their first encounter when Pitt seeks a serial murderer in Charlotte's neighborhood, one who kills her older sister, Sarah. Pitt, the son of a gamekeeper, and Charlotte, a young society miss, do not hit it off right away--but they slowly grow closer and Charlotte marries him, despite her step down in society by becoming a mere policeman's wife.

They become a team, Pitt the detective and Charlotte, often with her younger sister Emily, their mother, plus Emily's Great Aunt Vespasia, helping with societal connections from time to time in order to solve a case. Perry's writing is rich, complex, and beautiful--she keeps the writing out of the way of the story yet every word resonates. All of these elements combine flawlessly to form the recipe for a wonderful mystery series, and Perry always leaves me guessing until the very end.

My Review: Spoiler-Free
The 25th book in this series, Dorchester Terrace gives us another incredible Charlotte and Thomas Pitt mystery. Pitt is now Head of Special Branch and faces his first real threat: the possible assassination of a visiting Hapsburg duke from Austria. It's definitely a mystery that keeps one guessing until the very end--to the second-to-the-last page, in fact.

I do miss how active Charlotte's role used to be in helping Thomas to solve the various murders he came across, but now with his appointment as Victor Narraway's successor, he cannot share the various threats with her--or his trepidation that a gamekeeper's son and policeman holds a place usually given to a member of the nobility, or at least the upper class.

But Charlotte does get drawn into the case in her own way, of course, as do Emily and Jack. Plus, Aunt Vespasia and Narraway are very much involved behind the scenes in this mystery--which is really two different crimes/potential crimes which link together about 3/4 the way through the book. Dorchester Terrace is yet another brilliant success for Perry!

So the books in my library stack (several of which will need to be renewed):
Midnight at Marble Arch by Anne Perry (Thomas and Charlotte Pitt #26)
Midnight in Austenland by Shannon Hale (sequel to Austenland)
Why Shoot a Butler?  by Georgette Heyer (in progress when the Pitt mysteries arrived and set aside until I finish them)
North by Northanger and The Matters at Mansfield by Carrie Bebris (Mr. & Mrs. Darcy mysteries--oops, they're overdue! I'll have to renew them immediately!)
Getting over Garrett Delaney by Abby McDonald

So, happy reading to all!

Posted by Susanne Barrett at 1:37 AM No comments: Links to this post 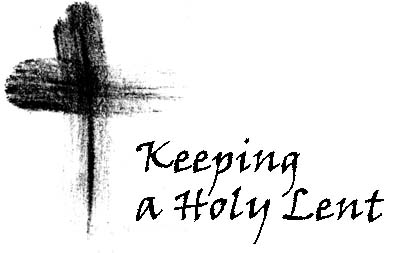 Lent is a precious, precious time for me--I look forward to it with even more anticipation than Advent and Christmas.

Don't get me wrong--I adore Advent and Christmas: the family traditions, the Christmas carols (especially the carols!!), the snugness of the house as winter approaches, the scent of cinnamon and baking wafting from the kitchen, and the anticipation of unveiling the secrets wrapped under the tree.

But while Christmas is an amazing time of year, I admit that the excessive busyness and the hype get to me, robbing me of the joy I should be feeling in celebrating Christ's Incarnation...which is why I look forward with such anticipation to Ash Wednesday, Lent, Holy Week, and Easter Sunday.

There is little hype and full concentration on living out God's Word in our lives, of God-at-work in the Spiritual Spring Cleaning which is Lent.

(If you'd like to read more about the practice of Ash Wednesday and Lent, see my page "On Lent," a talk I gave to a women's Bible study at Lake Murray Community Church in 2010.)

Several years ago I read an incredible post about something dear to my heart--written by the wonderful Ann Voskamp at A Holy Experience (my favorite blog). She shared about the process of making Easter as meaningful in our lives as Christmas.

That's a convicting thought, isn't it?

If we invest all this effort, time, money into Christmas, celebrating the Incarnation, how can we not do at least the same, if not more, to celebrate the Resurrection?


And Advent completes at Lent.

When Christ completes what He came to do.


And the words that stings heart and motivates soul:


The Incarnation of Christ was meant for the Crucifixion of Christ and we never incarnate Christ until we abdicate self.


And "abdicat[ing] self" is the whole meaning behind the practice of Lent.

And I think it's perhaps why Lent feels so precious to me. For in the abdication of self, we may gain the merest glimpse of His glory--the swirl of His cloak, His whisper in the wind, His hand on our shoulder as He nudges us onward in His holiness.

And thus Lent is one way to join Christ on His journey to Calvary. It's a gift, really--to become one of the weeping women of His beloved city, the city He wept over, clad in dusty garments and worn sandals, the women of Jerusalem whom He took the time to greet and to warn despite searing pain and the weight of the world on His shoulders--beaten raw, seeping blood.

Lent allows us to join Jesus on the Road to Calvary, sharing a minuscule bit of His pain as we follow in His footsteps, only imagining what He willingly bore for us--the agony, the betrayals, the sin of past, present, and future generations--of all humanity. Even the mere visualization stabs my heart...much less the real experience of Christ's obedient suffering.

After poking around online for a bit, looking for some new additions to my Commonplace Book, I've chosen two quotations about Lent for this week (see sidebar):

"The observance of Lent is the very badge of Christian warfare."

"The Lord measures our perfection neither by the multitude nor by the magnitude of our deeds, but by the manner in which we perform them."

~Saint John of the Cross


During this Lent, may we walk with Him as He stumbles forward, humanly-weak but divinely-strong, as "he humbled himself by becoming obedient to the point of death, even death on a cross" (Philippians 2:8, ESV).

And may we be so obedient in our Lenten disciplines, empowered by Christ and not ourselves as He molds us into His image, cutting away the sinful dross that accumulates in our lives all-too-easily.

Stumbling ever onward in His sacred footfalls,

(Partially from the Archives....)
Posted by Susanne Barrett at 2:38 AM No comments: Links to this post