The 12th Week after Trinity and Quote of the Week


This week has been a hard one as we prepare Benjamin to go to college in another state. It's especially challenging after recently receiving a diagnosis of autism for him in addition to his learning differences. So we hope and pray for a successful college experience for him. It's going to be a real challenge. But God has opened so many doors for him to attend Grand Canyon University that we have to trust Him with Benjamin.

So this is a time for massive prayer for Benjamin and for us, too, as we're five hours away from our youngest.

Here are our Propers for this the Twelfth Week after Trinity--about halfway through Ordinary Time, the growing season of our Christian Year:

THE COLLECT:
ALMIGHTY and eternal God, you are always more ready to hear than we are to pray, and are always ready to give us more than we desire or deserve; Pour down your abundant mercy upon us, forgiving us those things which weigh on our consciences and giving us those good things for which we are not worthy to ask, except through the sacrifice and mediation of Jesus Christ, your Son our Lord; Who lives and rules with you and the Holy Spirit, one God, forever and ever. Amen. (References: Isaiah 65.24; 1 Kings 3.11-12; John 16.33)
THE READINGS:
2 Corinthians 3.4-9; Mark 7.31-37; Psalm 70; Psalm 34.1-5; Proverbs 22.1-2; 8-9; 22-23.
And our Quotation of the Week comes from Dynamic Catholic's daily posts:
"Every moment is an opportunity for holiness. Learning to grasp these opportunities one moment at a time is central to the Christian life."
~Matthew Kelly
So please join us in prayer for Benjamin as he adjusts to living on a campus of 21,000 students after twelve years of home education. BIG changes!!
Soli Deo Gloria,

The Eleventh Week after Trinity and Quote of the Week


Once again, we celebrate a week filled with the blessings of the Lord as well as the challenges of this life that He enables us to overcome through His grace and love.

Here are the Propers for this week: the Eleventh Week after Trinity (yes, we're nearly halfway through Ordinary Time!) from the Book of Common Prayer 2011 as well as a new Quotation of the Week:

THE COLLECT:
ETERNAL God, you make known the greatness of your power by showing mercy and pity; Grant us such abundant grace, that, running in the path of your commandments, we may obtain your promises and be made partakers of your heavenly treasure; Through Jesus Christ our Lord, who lives and rules with you and the Holy Spirit, one God, now and always. Amen. (References: Wisdom 12.16; John 17.1-2; Matthew 6.20)
THE READINGS:
1 Corinthians 15.1-11; Luke 18.9-14; Psalm 111; Psalm 51.15-17; Joel 2.23-32
For once, I haven't already read the Scripture for this week. At our Friday Morning Prayer and Holy Communion with Healing Prayers, Father Acker usually reads one week ahead, giving a short meditation or "think piece" on the Epistle or the Gospel readings for the coming Sunday as preparation for his Sunday sermon.
But this week, we celebrated The Feast of the Transfiguration of August 6, so we prayed the Collect and read the Epistle and the Gospel passages for the feast instead: 1 John 3.1-3 and Mark 9.2-7.  The Transfiguration, which is described in the Synoptic Gospels (Matthew, Mark, and Luke), tells of Jesus taking three of the apostles with him to see Jesus glorified as the Christ, the Son of God. It's an amazing scene described in these passages: Jesus glorified on earth as He prepares to save the world through his death and resurrection. Wow.
I love Raphael's painting of the Transfiguration which includes not only the Transfiguration on the mountain but also the chaos occurring at the base of the mountain as the remaining apostles attempt to rebuke a demon from a young boy and are unable to. As Mark 9 continues from the Gospel reading for the Feast of Transfiguration, we see Jesus seem to lose His cool--a rare happening, indeed--when He hears from the boy's father that His disciples "were not able" to cast out the demon:
"And he answered them, 'O faithless generation, how long am I to be with you? How long am I to bear with you? Bring him to me.'"
After watching the boy convulse, Jesus questions the father and tells him, "'All things are possible for one who believes'" (Mark 9.23). And the father responds with words that have been prayed in desperation by humankind for the last two thousand years: "'I believe; help my unbelief!'" Then Christ rebukes the unclean spirit and cast it out of the boy, telling it to never return to the child.
Immediately after leaving the area, Jesus then teaches his disciples of all that He must suffer: of Jesus' coming death and his resurrection on the third day...although they did not understand Him and were too afraid to ask Him for clarification.
So Jesus goes from being Transfigured into God's glory, to having to clean up a mess His disciples could not fix, and then to telling them of how He would suffer, die, and rise again--when He will again be Transfigured from glory into glory.
The Quotation of the Week comes from the daily Minute Meditation from AmericanCatholic.org:
"In the deepest mystery of his being, God is an intimate relationship, a fellowship, a community of love."
~Darrell Johnson
Isn't that a wonderful thought! God is "a community of love." Where love is, there God is, too, whether we recognize His presence with us or not. It is in His love that God speaks in and through and to us. Thanks be to God!!
Wishing you all a blessed week!
Soli Deo Gloria,

Posted by Susanne Barrett at 12:51 AM No comments:

12th Blogiversary, Collect, and Quotation for This Week 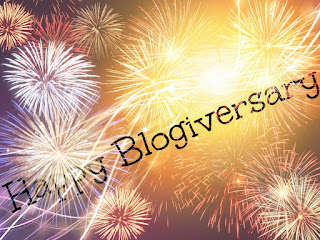 Monday marks my 12th Blogiversary: I started this blog on August 6, 2006 and while it's waxed and waned over the years (more waning lately--mostly posting book reviews!), it's still going.

So in honor of this blogiversary, I'd like to revive two weekly postings from the murky past: the weekly Propers from the Book of Common Prayer 2011 and a weekly Quotation of the Week.

More than seven years ago, Father Acker of Blessed Trinity Anglican Church wrote and printed a new Book of Common Prayer, the mainstay of Anglican worship since the Church of England left the Roman Catholic Church during the reign of King Henry VIII. This new version, the Book of Common Prayer 2011, is largely based on Thomas Cranmer's original Book of Common Prayer (BCP) of 1549, only with updated language and the Scriptures are from the English Standard Version (ESV) Bible of 2001.

When this BCP was first released for preview for the Anglican Church of North America (ACNA) and the Reformed Episcopal Church (REC), it was largely ignored as the ACNA had started working on their own BCP. I started posting the weekly Collect on Saturday nights to our Facebook group and also posted the Collect here in the sidebar of this blog. I also frequently posted the Collect and Readings as a blog post, and I think I'd like to pick up this habit once again.

And along with the weekly Propers (the Collect plus the Readings), I like to share a quotation for the week. Some are Christian in nature, some literary, some humorous. I have collected quotations officially for seventeen years starting in August 2001, just before we moved from San Diego proper to a small mountain village 50 miles to the east (and 3500 feet in elevation). 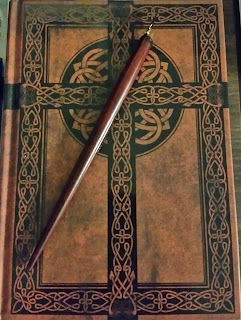 I'm halfway through my second journal in which I jot down quotations from e-mail devotions, bound devotions, articles and books I'm reading, plus lines from poems and/or hymns (and sometimes the entire poem and/or hymn), song lyrics, quotes from TV shows and/or movies, etc. Basically, I jot down anything that I want to "collect" or "keep" or remember--often with a dip pen and bottled ink, just to "keep it real." I have included a Quotation of the Week in the sidebar of this blog since the beginning, and now I want to start posting them in the blog itself again. So here is a quotation from a blog post by a well-known Christian blogger and author that impressed the Truth into my heart:

"And every day, with every word, we get to decide: Do we mar the world, or mark the world?"

~Ann Voskamp on her blog A Holy Experience

So here they are: the Propers for this week and a Quotation for the week. I may write more about the Propers and the Quotation for each week when I post, so I hope that you'll enjoy my meditative meanderings on these topics, in addition to some book reviews soon to be posted here as well!

Posted by Susanne Barrett at 12:21 AM No comments:

"...self-sacrifice is not about us, but about the healing of the world around us."

EIGHTH SUNDAY AFTER TRINITY
THE COLLECT:
LORD God, your never-failing care brings order to all creation in heaven and on earth; We ask you to put away from us all that is hurtful, and give us those good things which are profitable for us; Through Jesus Christ our Lord, who lives and rules with you and the Holy Spirit, one God, forever and ever. Amen. (References: Job 10.12; Daniel 4.35; Philippians 4.19)
from The Book of Common Prayer 2011