at Five o' Clock in the Evening

Posted by Susanne Barrett at 11:21 PM No comments: Links to this post 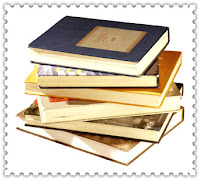 I'm rarely one to read modern Christian fiction, so although I wasn't too impressed with the first book, I kept reading and liked each book a bit more....

The Governess of Highland Hall by Carrie Turansky
My rating: 3 of 5 stars

I didn't realize that this novel was a work of Christian fiction when I ordered it from our local library. I found the story itself compelling, so compelling that I stayed up far too late reading it at night when I should have been sleeping.

Miss Julia Foster, a missionary in India along with her parents, returns to England with her parents because of her father's poor health. Needing funds to help support the family, Julia applies for the post of governess at Highland Hall and is hired by Sir William to educate his two children, a nine-year-old boy and a six-year-old girl, along readying Sir William's two (rebellious) nieces for their eventual come-outs in London society.

Julia quickly befriends Sir William's crippled sister, Sarah, and becomes a confidant to both siblings. Sir William confesses to Julia that he faces great financial hardship as the death duties from inheriting Highland Hall from his cousin (the father of his two nieces) makes it probable that Sir William will have to sell Highland Hall. The only person on whom Julia does not make a good impression is the housekeeper, Mrs. Emmitt. The children soon grow to love Julia, and even the nieces end up warming to her in the long run.

But while the setting (1911--very Downton Abbey-ish), the characters, and the conflicts were un-put-downable (yes, a made-up word), the way in which the Christian faith was portrayed along with the machinations of the housekeeper felt trite and clichéd. The prayers of the characters seemed hackneyed and unrealistic. Same with the plottings of Mrs. Emmit, the housekeeper. In both of these instances, I felt that these amazing three-dimensional characters quickly became two-dimensional, almost like cardboard cut-outs rather than human beings.

This is the very reason I read so little Christian fiction. I'm sure that there are some excellent works by Christian authors being published, but the ones I've read seem so shallow to me. Perhaps it's because it's so difficult to comprehend, much less express, how our faith deeply impacts every aspect of our lives that it's extremely challenging to express such depth and breadth in a work of fiction.

Even given these exceptions, I enjoyed the novel very much, but I'll have to think about whether to invest time in reading additional books in the series.

The Daughter of Highland Hall by Carrie Turansky
My rating: 4 of 5 stars

After reading The Governess of Highland Hall, I was definitely interested in reading the next book in the series...until I found out that it focused on one of my least-favorite characters from the first book: spoiled, manipulative Kate Ramsey.

But Kate undergoes some serious changes between the books as her cousin William Ramsey, now master of Highland Hall after the deaths of her parents, becomes engaged to Julia, Kate's former governess and a former missionary to India who happens to have some higher connections in London society after all.

As the second book begins, Kate has already softened greatly, now possessing obvious respect for her cousin and his fiancee, while resenting her Aunt Louisa, her sponsor for the London Season, who, despite her title, is a social-climber of the most obvious sort. Kate begins the book wanting to end the season with an engagement to a young man of wealth and status, and almost immediately finds a gentleman who possesses these qualities in Edward Wellington who is taken by Kate's honesty and lack of social pretention.

However, Julia's brother Jonathan comes to live with them in London as he completes his medical studies and plans to return to India as a medical missionary, just as their father, Dr. Foster, had been. Dr. Foster's health does not allow him to return to the mission field, and with Julia's engagement and upcoming marriage keeping her in England, his hopes to restart the mission lie on Jon's shoulders. But Jon begins to become interested in Daystar, a medical mission right in London's East End, helping the poor families there, and often the homeless children who live in abandoned buildings.

I'll leave off here, but from the first chapter the plot becomes fairly obvious; it's just a matter of how our young heroine will surmount all of the challenges set before her, mostly in the form of Aunt Louisa's rudeness as she steers Kate through the intricacies of London society. But the Ramseys face social ostracism after William's brother, David, gets involved with a married woman, plus William's upcoming marriage to Julia, the girls' former governess, is another black mark against the family.

A great story, filled with Christian virtues and challenges, in a way that is fairly natural. I don't tend to enjoy overtly Christian fiction because the mixture of faith and fiction tends to create stilted, hackneyed plots and prose. But this series is far better than most although a few times it does become a bit preachy and formulaic.

Overall, a great read on an afternoon when one doesn't feel well....

I think I'll order the third book in the series after all!

A Refuge at Highland Hall by Carrie Turansky
My rating: 4 of 5 stars

The third novel in the Edwardian Brides series finds England in the midst of the Great War. Kate is married to Jonathan, and they have adopted eight orphaned children to live in their London home as Jonathan continues to work in a hospital in a poor area of the city. Kate's younger sister, Penny, lives with them, helping Kate care for the children and for herself as the birth of their first biological child nears.

Penny is also introduced to Alex, a pilot-in-training with the Royal Navy, who is recuperating from a minor injury before he will return to his squadron in France. They agree to write to one another when Alex is cleared to return to the Front.

But a bombing by the Germans forces Jon to send Kate and the children and the London staff to Highland Hall where Lady Julia, once governess to Kate and Penny, and her husband Sir William, cousin to Kate and Penny, live. As Kate and Penny grew up at Highland, it's a homecoming of sorts, but with eight children added to William's two children from his first marriage, there are a lot of children about!

Faith is required as Britain fights on through the Great War, and the scenes switch between the kind-of peaceful days at Highland (although there definitely are some issues going on with Kate's pregnancy, the Germans who were living in Britain when the war broke out and are put to work on English farms under guard to be sure that they are not German spies, and with a cranky elderly aunt who can't stand children moving in with them) and Alex's experiences as a pilot in the war.

The story continues to unfold as Penny and Alex draw closer through letters, but then a seemingly insurmountable obstacle rears its head, possibly preventing their future happiness.

Highland Hall is indeed a refuge in many ways during the dark days of the Great War, and all who live under its roof must depend on God for their survival...and their future.

So what have you been reading this spring, especially as school lets out and perhaps you have a bit more time to read???

Posted by Susanne Barrett at 12:11 AM No comments: Links to this post