Ponderings on the 19th Anniversary of September 11th 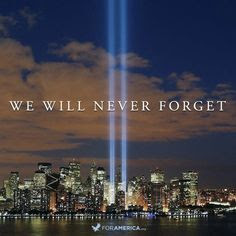 It seems a lifetime ago, yet it seems so immediate that it could have been yesterday. We were so removed from the actual events of September 11, here on the West Coast, awakened by my father's phone call after pulling into our family's mountain cabin with four sleeping kids at 2:00 AM just a few hours previously. We had finished packing up our city home of ten years, picked up the kids from my parents' beach house, and drove an hour east, past the small mountain town that we were moving to, and arrived at my family's 500 square foot cabin to stay until we could move into our new-to-us mountain home.

We had only "rabbit ears" on the small TV in the cabin, so most of the news was blurry and static-laden. I remember being half-asleep all day, trying to watch the news, setting up my laptop on the kitchen table but only able to be online for half an hour at a time in order to keep the phone lines free to talk to family, the realtors, etc. All while taking care of four kids ages 18 months to nine years old. The little guy was still nursing, and I was trying to homeschool the older two kids while the preschooler created mayhem.

Because I was so news-deprived, I tend to spend each anniversary of September 11 watching crystal-clear videos of the events in New York, the Pentagon, and Pennsylvania. But the first anniversary was the most powerful because I could finally see, with astonishing clarity, the videos and photos of all that I couldn't see on September 11, 2001, and for several weeks afterward, as our escrow was delayed because of the New York banks needing time to start back to work again.

But what really caught my attention was a moment in which the US Poet Laureate, Billy Collins (whom I would meet in 2013 at the Writers' Symposium by the Sea at Point Loma Nazarene University), read aloud his poetic tribute on the first anniversary of September 11. "The Names." It struck me viscerally, even more than U2's "Beautiful Day" and "Walk On" (two of my favorite songs by my favorite band) at the Superbowl halftime show a few months after the tragedy. 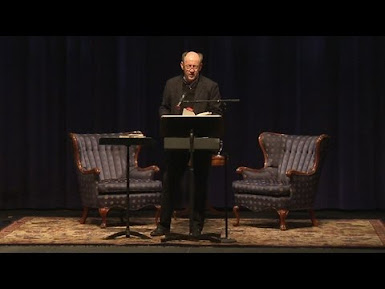 Poet Billy Collins at The Writer's Symposium by the Sea, 2013

The thing I love about Billy Collins' work is that he is supremely unpretentious. With his poetic talent and his academic cred, with his position as our nation's Poet Laureate for two years, he could easily be as pretentious as all-get-out. But he's not. He is (no past tense here!!) our nation's poet. He speaks the language of the everyday American, with a hint of sarcasm, with a twinkle in his eye. But not with this poem. Here he is, reading "The Names" again, at the request of PBS:

If you would like to read more about Billy Collins and his poetry, check out his page on The Academy of American Poets at poets.org: Billy Collins. (To read some of his poems, click the bar beneath his photo.) 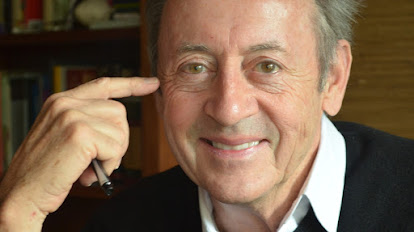 Thanks for allowing me to remember those dark days, but not very dark as I was a continent away, in a wee mountain cabin with four small children, trying to find out what the heck was happening on this beautiful autumn day, a day of change as we moved from one house to another nineteen years ago. I knew that what was happening was big and scary, even through the static fuzz of the 12-inch TV screwed into the wall seven feet from the floor.

But Billy Collins made it real the next year, made it actual. Made it tangible. And I can't thank him enough.

Posted by Susanne Barrett at 12:25 PM

"The world is changed by your example, not your opinion."

NINETEENTH SUNDAY AFTER TRINITY
THE COLLECT:
O GOD, without your grace we are unable to please you; So mercifully grant that your Holy Spirit may in all things direct and rule our hearts; Through Jesus Christ our Lord, who lives and rules with you and the Holy Spirit, one God, now and forever. Amen. (References: John 15.5; Psalm 143.10; Hebrews 13.20-21; 1 Thessalonians 5.33).
from The Book of Common Prayer 2011