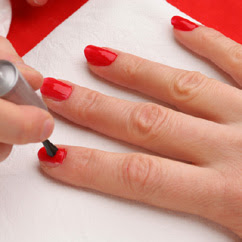 It's been a very busy and stressful two weeks--well, a stressful month, really. I'm amazed that I managed to complete the NaPoWriMo challenge and composed 30 poems in 30 days (yes, I stooped to a few haiku, but only a few)--as rough-drafty as they are, I do plan to work on them, revising and editing and pushing and pulling, reshaping and all that. But several of the ideas are solid, and I'm willing to put in the time to buff and polish them to a patent-leather shine.

As (most of) you know, I teach online courses to homeschooling families at Brave Writer. On Easter Monday I began teaching a literary analysis class dealing with six short stories: Poe's "The Cask of Amontillado," Maupassant's "The Necklace," Mary Wilkins Freeman's "The Revolt of 'Mother,'" Connell's "The Most Dangerous Game," Salinger's "A Perfect Day for Bananafish," and Amy Tan's "Two Kinds." As the class lasts for six weeks, I still have two weeks left of the class as we finish up Salinger and move onto Tan in the coming week, then work on a closed-form literary analysis comparison/contrast essay with the class for their final week. And this Monday, May 3, I'll be starting the May tradition of One Thing: Shakespeare, focusing this spring on his tragedy, Hamlet: Prince of Denmark.

If I were only working on homeschooling and online courses, my life would be busy and stressful, but manageably so. But add the shock and stress of my dad requiring open heart surgery a week ago, a favorite former student having a stroke at age 20 on her wedding night--a stroke caused by a tumor in her heart which they can't remove until she improves from the stroke that has affected her left side, and the 12-year-old daughter of a dear friend from grad school losing her five-year battle with leukemia. Any one of these events would be traumatic, but all three happening within two weeks is simply too much.

I sobbed my way through yesterday's Anglican service, finally allowing the stress and sorrow an escape. But after laying in bed a short while reading Breaking Dawn this morning, today I was back to work, gathering sources for one class, exploring the best essay approach, and replying to student responses. But tonight I laid aside the laptop and enjoyed a little "me" time--with E and Keith helping me to do a manicure and a pedicure. So I now have lovely mauve fingernails with little white flowers on each finger, and navy-blue toes with a rhinestone and flowers on each big toe. So I finally took a little time for myself rather than staying up working until 2:00 AM--as I did last night (and the vast majority of the previous week, including one stint until 3:30 AM.

So tomorrow morning we'll attend church, and while Keith heads to the beach to work at my parents' house, the kids and I will return home, and I'll continue to work on my classes while the boys clean the house and their rooms, their usual Sunday tasks. I'm seriously considering a couple of weeks of unschooling for the younger two--it's not an option for the high schoolers--in which I'll just track what they do as far as math and reading and whatever else "educational" they choose to do. As long as they don't turn the XBox on until 4:00 PM....

Wishing you all a blessed and restful Lord's Day,

Posted by Susanne Barrett at 10:53 PM

so pleased you got some 'time out' Susanne, take care of yourself dear friend x.